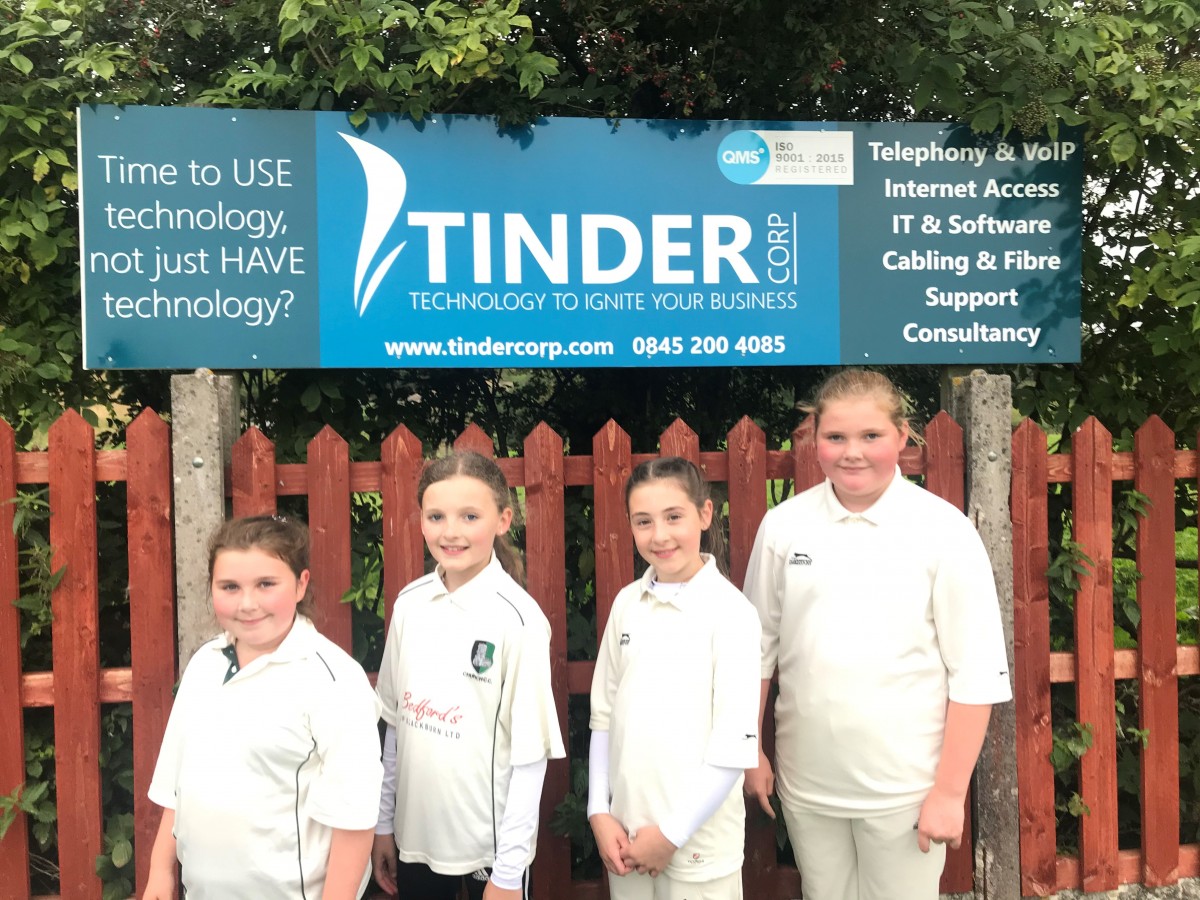 At TinderCorp we’re always excited to be able to help out a worthy cause and we don’t let geography stand in our way! You see, despite being located in Chatham in Kent, one of our favourite organisations is all the way up in Lancashire:

Church and Oswaldtwistle Cricket Club is a volunteer-run cricket club playing in the Lancashire League. They have three senior teams and a growing junior section, and have an ethos and dedication that really resonate with our own.

The problem that the Club was facing however, was that they didn’t have many female members and those girls who did join didn’t really have a team to play in. Last winter, club volunteer Andrew Bentley decided that, with lockdown set to lift gradually over the following year, the time was right to rectify this problem. Of course any new venture requires support and Tinder Corp was only too happy to help.

They began by establishing a designated girls’ training night and welcomed 10-12 new girls over the course of 6 weeks during April and May. After that the initiative really took off, with their ECB All Stars and Dynamos programme attracting 60 juniors (aged 4-11) over half of whom were girls.

“Once they had developed greater confidence, our girls began to play in mixed games at the U9 age group and more than held their own. We played our first ever Church CC Girls fixture in June against another local U12 team and even managed a debut victory! They then took part in a ‘Dynamos’ festival and a ‘Chance to Shine’ Street Cricket event – both of which showed them that there are many more girls playing and enjoying cricket than perhaps they first thought. During the season their skills have developed greatly but more importantly, they have formed a close bond with one another and are great friends.

We recently nominated three of our more experienced girls to represent the South and East Lancashire team, and they were selected to play matches against other girls from all over the County – a fantastic achievement in only their first real season of playing competitive cricket. We hope to have more of our girls taking their first steps on the County pathway in the coming years”

The girls of Church and Oswaldtwistle Cricket Club will continue to train throughout the winter and in 2022 they aim to have two junior girls teams playing regularly (one of which will be playing in a competitive league). The club also intend to establish their first Women’s open age Softball team, to be coached by club player Eve, who is beginning her coaching journey by undertaking an ECB Level 1 course.

“Without the support of Tinder Corp, much of this would simply not be possible, and to know they are committed to supporting our girls is a huge boost. Our girls will be proud to pull on their new Tinder Corp shirts as we look to create more memories in 2022”