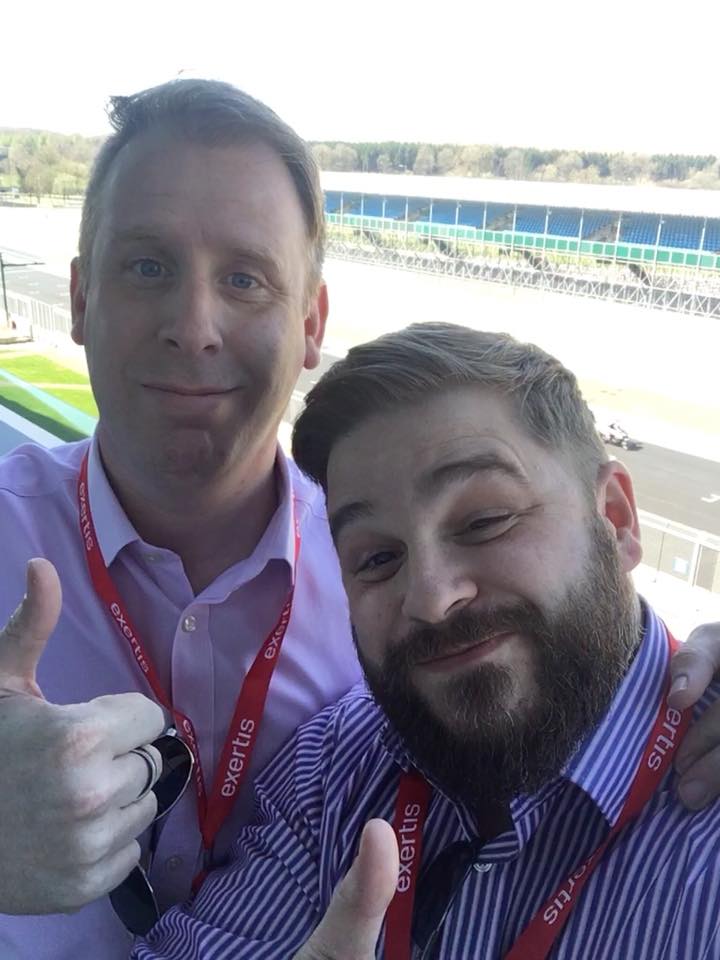 Meet the Team: John and Paul

Well we’ve avoided it for long enough so here goes: this week’s Meet the Team is on Tinder Corp CEOs John Amey and Paul Hayes (in alphabetical order to avoid fisticuffs).

Some say they are the Ant and Dec of the IT world… others say they’re the Bert and Ernie, but that’s down to personal preference. Whatever the case, this dynamic duo has taken a spark of an idea and ignited a company that is swiftly growing into one of the premiere IT and Technology companies in the UK.

It started simple: John and Paul (both with extremely successful IT careers in their own right) decided they were sick of IT providers using incomprehensible jargon to sell extraneous software and equipment to businesses just because they ‘could’. Their dream was to create an IT procurement company that advised people on the technology they needed to make their businesses work efficiently and effectively. Businesses, they said, shouldn’t just have technology, they should use technology.

That’s where Tinder Corporation started in 2010, and that’s the underlying ethos that has followed the company for the last decade.

So who are these nutters chaps?

First we have John Amey: before Tinder Corp, John worked for a number of high value companies, developing, managing and growing their IT operations. As CEO of Tinder, John heads up the engineering division – coordinating the many high profile cabling jobs that the company undertakes. John is extremely dedicated and is constantly updating his skill set to reflect Tinder’s growing company portfolio (as someone who has recently had the exhaustive task of updating John’s LinkedIn CV, I can tell you that this man has more qualifications than I’ve had hot dinners). He’s a pretty hands-on guy and was the first person to sign up for the Covid training that would allow him to keep bringing people internet connectivity throughout the pandemic.

In days gone by, John was a pretty keen footballer, but since he and his wife welcomed their beautiful daughter into the world last year, he’s found himself oddly distracted from the game!

Then there’s Paul Hayes: Paul is a textbook high flyer, having previously managed IT accounts for some of the biggest companies in the world, including Shell, Next and Apogee (whose $500m buyout by HP was due in no small part to Paul’s highly successful structuring plan). As CEO of Tinder Corp, Paul’s focus is on development, finance, operations, and all things ‘businessy’. It’s his tireless work that has made Tinder Corp the up-and-comer that it is, and his determination pushes the company to greater and greater heights. What Paul doesn’t know about IT isn’t worth knowing, and even when he was first starting out in the industry it was obvious that he was going to make it big.

Paul lives with his wife, and sons Alfie and Charlie (who is following in dad’s footsteps as one of Tinder’s newest recruits) and his eldest son Jack is in the throws of completing a PhD in Microbiology at Oxford, having just finished working as part of the team who created the AstraZeneca covid-19 vaccine. In his spare time Paul’s also a pretty damn fine guitar player (but don’t tell him I said that, it’ll go to his head).

So these are the guys who run Tinder Corp: they’re best friends, they’re an incredible team and they’re two of the nicest people you’ll ever meet. In case you’re thinking that one of them is writing this article, I’ll reassure you: I’m an independent copywriter, I’ve known the lads for 6 years and I’m perfectly at liberty to be rude about them… but sadly I can’t because, at the end of the day, these are two genuinely good, caring human beings, and they run a business that is as transparent and reliable as they say it is.