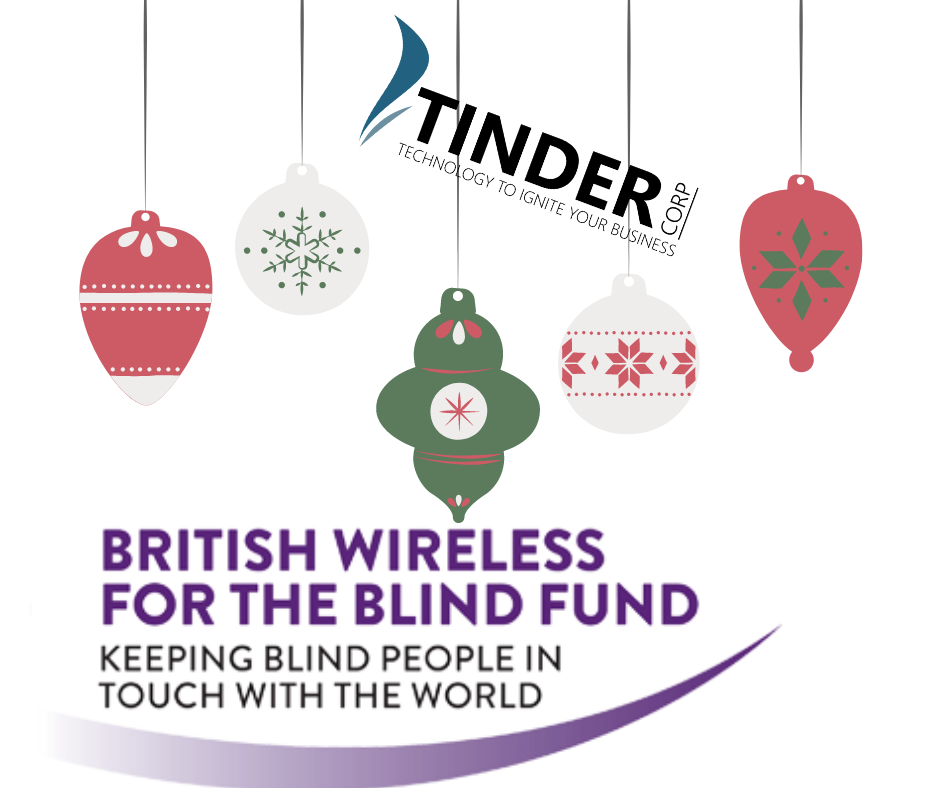 The gift of giving!

2020 has been a funny old year hasn’t it? (Understatement of the century). We’ve been in and out of lockdown, bombarded with new rules and regulations and beset by uncertainty, and the one thing we’ve learned is that if this year is going to end on a high note, it’s up to us to make it happen.

Luckily we’ve found the perfect way to do it: as we can’t hold our annual Christmas knees up this year going to take the money we would have spent on a Christmas party, and instead donate it to charity.

Regular readers of our news section will know that we’ve been proudly associated with British Wireless for the Blind Fund – www.blind.org.uk for many years. BWBF do incredible work on behalf of people with sight loss, including giving free, adapted radios and listening devices to blind and partially sighted people in order to combat the loneliness and mental health challenges often caused by visual impairment.

As this year has brought mental health challenges to so many people and the threat of loneliness over Christmas is more acute than ever, we thought BWBF would make the ideal recipient for our donation.

To be honest, we can’t actually claim the idea: BWBF have joined forces with Xmas Party Heroes, a new CSR initiative asking businesses who may usually allocate funds to a staff Christmas party to re-direct those funds to a good cause, so all credit to them.

During the pandemic BWBF has helped over 1,000 people with sight loss and we’re very excited to be able to give them a hand to help even more people over the festive period.

So we’re swapping paper hats and Christmas pud for charity and love… and to be honest there’s no competition!

If you’re a business owner and would like to get involved with this initiative then simply go to www.xmaspartyheroes.co.uk where you can promote your involvement. If  you would like to know more about BWBF and/or make a donation, their Deputy Chief Executive would be more than happy to have a chat with you  – Julie Tobin – 07775 735 158 – julie@blind.org.uk.